Did you also adopt a Pyr from Great Pyrenees Rescue of Wisconsin? Do you have a success story to share? We would love to hear from you! Please send your success story to wooflodge@yahoo.com. We are always considering additions to this section of the website.

He is loved by all. When I say all, let me explain: we spend six months of the year in Wisconsin and six months in Hot Springs Village, Arkansas. He transitions from one area to the next with ease because he gets a lot of attention both places.

We have had people stop their car in the middle of the road to remark about what a beautiful dog he is. We have had people drive into the driveway and ask if they could meet him. When we moved to Arkansas we knew absolutely no one, but Eli took care of that. He gets invited to neighborhood parties so we get to go along. When the neighbors’ grandchildren come to visit their grandparents they immediately ring our doorbell to see if they can come and play with Eli. When he is out for his daily walks he is an ambassador of good behavior.

Last year I was walking with him on the path near the golf course. Two women with two children drove up in a golf cart. They asked to pet him. One of the kids was about 12 years old and blind and disabled. He was afraid to touch him. His mother tried to explain how big Eli is. He tentatively reached down to touch him but pulled his hand back. His mother took his hand and placed his hand on Eli’s back. He broke out into a smile and to my surprise bent down and buried his face in his fur.

A couple of months ago a woman in the village was out for a walk and was attacked by a pit bull mix.  She was killed. Earlier in the summer a littermate of that dog attacked and killed a 4 year old boy.  People in the village became wary of large dogs. 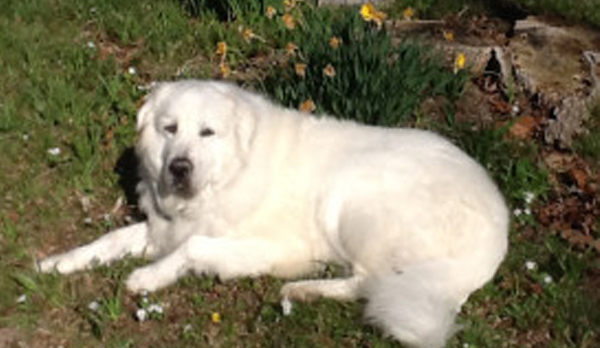 Eli has done his part in making sure everyone has a positive picture of large dogs. He loves people and they love him. He is what made our transition to living here easy. We are always so thankful that Eli adopted us with the help of the Great Pyrenees Rescue. 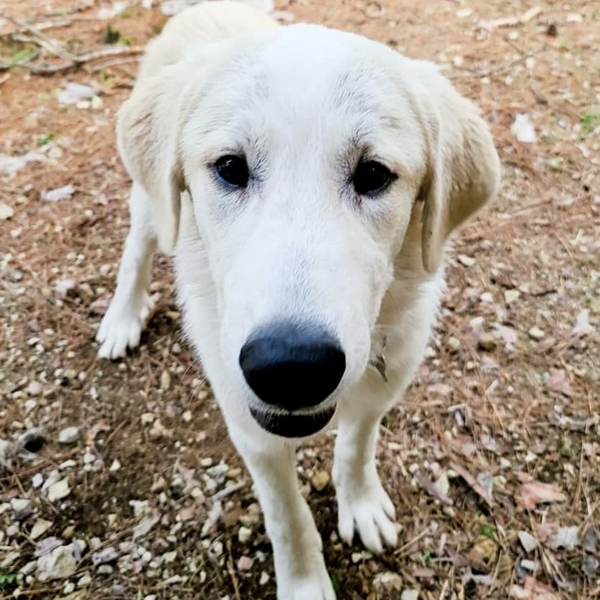 Great Pyrenees Rescue of Wisconsin, Inc. is grateful to the people who contribute to our rescue efforts. Thank you.